It’s Friday night, makeup done, hair did, new outfit – check! Then you get that dreaded text…”Hey, yeah I’m not going to make our date tonight. Sorry!” Your date cancels on you last minute. There is a name for that now. You just got GLAMBOOZLED, and you’re not alone! 58 percent of singles have experienced this rude behaviour.

Plenty of Fish identified and coined 8 new dating trends that singles are doing to others and experiencing themselves! Here are the behaviours to watch out for in the New Year.

Cause-Playing (/kawz-play-ing/): When a casual relationship fizzles out, only to have one person later circle back with a favor to ask (usually about supporting a good cause). Here are some common cause-play moves to look out for: “Will you come to my band’s show?” “Will you support my friend’s half-marathon.” “Hey I’ve just started a Kickstarter campaign, check it out.” 61% of singles have had someone break up with them and eventually circle back to ask them for a favor.

Dial-toning (/dahy-uh l-tohn-ing/): Different from ghosting, dial-toning is ignoring someone before a relationship ever begins. It’s the act of giving someone your phone number only to ignore them when they reach out. Talk about rude and confusing! 60% of singles have experienced someone giving them their phone number only to have their text ignored and when reaching out; 35% of singles admit to doing this to someone as well.

Eclipsing (/ih-klips-ing/): Adopting the interests or hobbies of someone you’re dating after pretending you like them too. Nearly half of singles (48%) have experienced dating someone who adopted all the same interests/hobbies as them, with 45% of singles admitting to having done this in the past.

Glamboozled (/glam-boo-zuh l’d/): Getting fully done up for a date only to have them cancel or your plans fall through at the last minute; 58% of singles have experienced this. HOW DARE!

Kanye’d (/kon-yey’d/): When your date spends the entire time talking about themselves; 45% of singles have endured a one-sided conversation while on a date.

Type-casting (/tahyp kas-ting/): Exclusively dating people based on Myers-Briggs Type or “Love Language” compatibility; 27% of singles know someone who has talked about their Myers Briggs or Love Language on a date.

White Clawing (/hwahyt-klaw-ing/): The act of staying with someone who you find basic and boring only because you find them attractive. Over a quarter of singles (27%) admit to having done this; 42% say they know someone who has done this.

Yellow Carding (/yel-oh kahrd-ing/): When someone is called out on their poor dating behaviour; 27% of singles have confronted a date for their bad behaviour.

That’s all folks! That rounds up the latest dating trends to keep an eye on. For our friends in the UK, there are two additional trends that we noticed Brits are guilty of.

Exoskeleton-ing (/ex-oh skell-eh-tun-ing/): When the ex of your current partner keeps reach out to you. Over a fifth of singles (22%) have had their partner’s ex come to haunt them via social media or other means. Only 6% of singles admit to having being this ex themselves.

Have you ever experienced one of these dating trends? We want to hear from you – comment below! 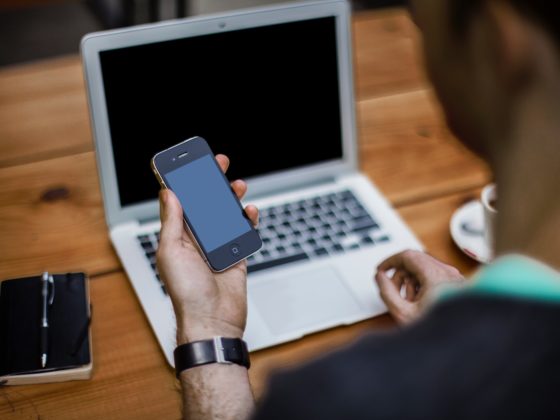 What is 2-Factor Authentication on Plenty of Fish? Dress Like Yourself on a First Date: How to Show Your Personality Through Your Clothing