What To Watch When You Actually Want To Netflix & Chill

Dating can be exhausting, tricky business and you’ve managed to get through it like a pro; you met someone on PlentyOfFish, charmed them with your wit, asked them out, kept the charm train rolling all through your first date, and just like that you are modern day Lucy and Ricky.

One of the best parts about living in this digital day and age is that we can constitute watching TV as a date. There is no time like the present and the present commands you Netflix and Chill! Chances are, you have already experienced the ole “Netflix and Chill” combo with your new partner, but when the time feels right and you actually want to chill out – clothes on – reliable Netflix has your back.

Here are some programs worth checking out when you actually want to Netflix and Chill.

Master of None (TV show)

Aziz Ansari – the leading brain behind Master of None – plays Dev, a likeable, struggling actor navigating his way through the dating world in New York City. Master of None is a contemporary take on the sitcom. Its humor and writing are steadfast, it offers an excellent female perspective, and it portrays the highs and lows of dating with relatable effortlessness. What’s not to love? It’s a top notch program to snuggle up next to your partner with. Throw on an episode – or ten – and get ready to not only bust a gut laughing at Dev’s rapid fire wordplay but “awwwww” when he does something sweet for the girl he’s vying for.

This 90’s spin off is the cheesiest, most loveable thing on Netflix. The show centers on DJ Tanner, her younger sister Stephanie and best friend Kimmy. Fuller House is filled with cringe worthy catch phrases like “Holy chaluppas!” and “oh my lanta!” but nails it with nostalgia. Complete with appearances from the original Full House cast, when you hear that “What ever happened to predictability…” get ready for the warm and fuzzies. You and your partner can yearn for 1993 while making fun of – but secretly loving- Fuller House.

Who doesn’t love a good superhero story? This one involves protagonist Matt Murdoch, a blind lawyer developing a penchant for sticking up for the underdog and consequently becoming the hero of Hell’s Kitchen, New York City. Like all superheroes, his good deeds are not initially met with full acceptance. Daredevil is the kind of engaging show that tugs on your heart strings paired with gore that’ll make you want to vomit.

Anything Judd Apatow touches turns to gold; partner him with Jason Segel and you’ve got yourself a worthwhile evening. The movie is about a guy named Peter (Jason Segel), who gets ruthlessly dumped by his girlfriend and finds himself in Hawaii trying to get over her while coincidentally staying at the same hotel as his ex and her new Rockstar boyfriend. All of Apatows’ movies will have you cry-laughing; the comedic writing in Forgetting Sarah Marshall is certainly no exception, making it the perfect ingredient for a great date.

A John Hughes world – one that is riddled with angst filled teens exploring their heart depths – is worth revisiting over and over again. We’ve all seen The Breakfast Club and subsequently probably feel akin to one of the Saturday morning miscreants. It’s the perfect date movie to watch if nostalgia and heartwarming story lines are your cup of tea.

With a French Cabernet Sauvignon and charcuterie for two; Midnight in Paris is the quick n’ dirty answer to a romantic night in. Swoon worthy, Midnight in Paris, directed by the legendary Woody Allen, is one of those instant modern classics. It’s the kind of dream like story which follows a novelist as he vacations with his fiancé in Paris. Lead by Owen Wilson, Midnight in Paris takes you through the jazz age while gallivanting with literary greats in the cobblestone streets that make up the city of love. Owen Wilsons’ character, Gil, falls in and out of love with life and its facets while you fall into a French comma brimmed with charming Parisian haze.
So, what are you waiting for? Netflix is your oyster, get inside and chill! Take Your Online Connection Offline with These Tips! 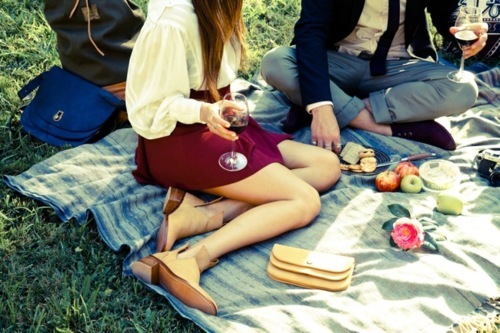