Never Have I Ever Dated Virtually, Until Now: The Future of Dating in a Post-Pandemic World

Many of you might be familiar with the game of “Never Have I Ever.” We sit around with our friends claiming things we’ve never done, hoping to catch someone admit something juicy. Enter a question that once seemed crazy but is now more normal than ever… “Never have I ever dated someone virtually.” It might be a silly game, but when you start seeing more and more people answer yes to something that was so out-of-the-box even just a few months ago, it’s a pretty big flag that the dating scene is changing fast.

A global pandemic has shifted us into what feels like a new era, and many of us have been forced to reevaluate how we socialize, especially when it comes to romance. Meet-cute’s in crowded bars or grocery stores have now become seemingly obsolete, at least for now, and so we look to new tech to fill the gaps in our once crowded social calendars. Things feel strange and different, but change isn’t always bad, and what may have felt very temporary could end up being the norm (technology, am I right?).

Thinking about the way emerging tech can influence the world of dating isn’t new. Sci-fi genres have been dabbling in this concept for years (read: Ex Machina and Her) and even though these are wildly fictitious stories, the bottom line is rooted in something real that’s just starting to feel relevant. Multiple provincial-wide, state-wide, and even nation-wide lockdowns due to COVID-19 have pushed us to explore what technology has to offer when it comes to dating from a distance, and virtual romance no longer seems as bizarre as it once did.

A recent Plenty of Fish survey of singles in the US revealed, unsurprisingly, that only 26% of singles had video-chatted romantically before isolation. Now, we’re leaning into it and 60% of singles are more likely to use video chat for dating. Suddenly, our newsfeeds are littered with headlines on what to do on a virtual date, or how to impress someone with your Zoom background as we all start becoming strangely obsessed with how to use technology to our advantage when it comes to love. New problems mean new creative solutions and it’s honestly pretty cool to see how we’ve adapted so far.

Even though I’ve been in a long-term relationship for quite some time, the idea of embracing a virtual relationship isn’t totally lost on me. Zoom and Facetime have become second nature to me now, and it no longer feels so painfully awkward to get to know someone over video. In fact, as someone who’s introverted and a homebody by nature, being able to date from the comfort of my own home actually seems like a pretty sweet set-up, and it’s clear I’m not the only one who feels that way.

Dating apps, video chats, and livestreaming have suddenly allowed us to form full-blown relationships completely virtually, and it’s not a one-in-a-million type of situation – people are doing this and succeeding. When we asked over 3000 US-based Plenty of Fish members if they’d ever fallen in love without meeting someone IRL (ie – over video chat), 30% said yes. Not only are people testing the waters when it comes to dating virtually, but some are actually falling in love. 72% of surveyed online daters believe it’s still possible to start a romantic relationship while in lockdown, and I think I might just agree! Something that used to seem so far-fetched (like, the stuff of weird rom-coms) is now being embraced so heavily that many online communities have suddenly shifted to help facilitate virtual love. Relationships are even forming over live streams – welcome to 2020!

Is This Really the “New Normal?”

If there’s one thing we’re all sick of hearing by now, it’s the term “new normal,” but seriously… is this the new normal? We’re all so used to staying home now that over 50% of surveyed Plenty of Fish members said they would rather be in lockdown for another year than say yes to every plan, and this seems pretty telling! Public plans are out and staying in is, well, in. As people become more comfortable with the idea of using technology to meet people instead of meeting the old fashioned way, it makes me wonder what will happen post-pandemic. Will virtual love be as relevant as it is now? Will people even want to meet in bars? Dating has become so calculated, and the strange comfort of getting to know someone from a distance gives the impression that people may be wary of doing the opposite. Getting to know someone virtually involves so much more emphasis on communication and emotional connection and maybe this is what singles want these days. 34% of polled US singles say they don’t actually miss hugging, kissing, sex, or holding hands, so are we moving away from the one-night stand? Physical chemistry still feels important, but maybe it’s lower on the list than it once was.

It’s hard to say where everyone will stand once lockdown is a term of the past, but the rate at which things are changing and technology is evolving makes me believe the future of dating will be a lot different than it was pre-pandemic. As it stands right now, 43% of polled Plenty of Fish members would rather have indefinite Zoom dates than permanent blind dates, and just under a quarter (21%) would rather have only video dates than socially distanced dates for the next year. No, this isn’t the majority, but the mere fact that it’s close is pretty wild. It’s a brave new dating world out there, and wondering what “dating” will even mean in a few years can’t be a question only I’m considering.

Have you ever thought about what dating will look like next year? What about in five years, or ten years? When so much can change in only a few months, thinking about where we’ll be a decade from now might be enough to make your brain explode. Romantic love is part of our nature, but the ways we give and receive it could change immensely. Will we all end up with fully virtual partners? Likely not, but the technology is out there and you honestly just never know. So, if you’re wondering what types of new questions will be featured in a future game of “Never Have I Ever,” I’m right there with you. 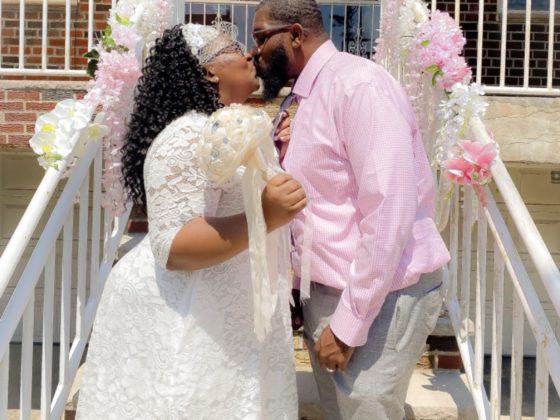