It’s National Single Parents Day! Dating can be a whirlwind as is, but when you’re a parent sometimes it’s an entirely different ballgame. You’re not just considering your own needs, but the needs of your kid(s) as well and sometimes it can be hard to prioritize your dating life. You want someone who understands what you need (I mean, who doesn’t?). So instead of giving advice to our single parents out there, we’re offering up some tips to those of you who might be dating a single parent or are interested in dating someone with kids.

Don’t worry, we’re not coming in ill-equipt. We surveyed 3,000 U.S. single-parent POF members to get some real and honest insights into how they feel about dating. Here’s what you should know…

Be Respectful of Their Time

When you’re an avid dater and you don’t have kids, you might be used to planning late-night cocktail hangs, or spontaneous dates that last for hours. If you’re looking to date a single parent, you’ll need to adjust your planning process.

67% of single parents say having kids makes it more challenging to date, and a quarter (25%) say the biggest challenge of dating is finding the time or energy. Being a parent is time-consuming y’all! You don’t have countless hours to spend on yourself. When you do want to give yourself time alone, you need to organize childcare. All that to say, the best way to start a new relationship with a single parent is to be respectful of their time. If they can’t commit to a date for a couple weeks, go with it! If that date can only be a short coffee meet, or they’re a little late, go with it! Time is precious as a parent, so if someone is spending it on getting to know you, make it count.

Unsurprisingly, 86% of single parents mention that they have kids on their dating profiles. Kids are a huge part of someone’s life. If you’re going out with someone with kids, make sure you ask about them! It might sound like obvious advice, but some people tip-toe around the subject because they feel like it’s diving into the deep end too soon. Asking questions never hurt anybody. Besides, if you’re interested in someone you should probably want to know about their kids.

If you’re not sure where to start, ask the simple things! Ask how old they are, what their personality is like, or if they’ve hit any big milestones lately. Or, if you want to share some laughs, ask about any recent funny moments that have happened. Don’t forget to ask about the person you’re actually on a date with too, of course, but asking about their kid will show you’re invested in both of them.

This one’s big folks. This really goes for anyone you might be dating, but it’s especially important if you’re going out with someone with kids. Don’t make assumptions. Let me say it one more time. Don’t make assumptions! It’s easy to make up stories in your head about why someone’s a single parent, or what you might be walking into. I actually think it’s common for people to assume someone who’s a single parent has a life filled with drama. This couldn’t be further from the truth.

40% of single parents say the biggest misconception about dating is that single parents carry a lot of baggage with a co-parent. Sure, breakups where kids are involved can be messy, but often they’re not! Previous partners can be super successful and supportive co-parents even if their relationship didn’t work out. Besides, there might not even be someone else in the picture. You don’t know what you don’t know. Be respectful, ask questions (when it’s appropriate), and one last time – don’t assume anything!

Realize the Gravity of Meeting the Kid(s)

If you want a sign things are getting serious, a single parent asking you to meet their kids is it. If you’re seeing someone with kids, and you’ve been offered the chance to meet them, understand what a big deal this is. As a single parent, you’re not introducing just anyone to your child. They usually have to be really important to you, and you have to see a future. 57% of surveyed single parents don’t introduce their children to their partner until the relationship is serious.

If you catch this important invite, it’s a good time to reflect on where you stand with the relationship. Make sure you also see a future before you let a partner’s child get to know you. It’s a big step!

When you’re dating with kids, there are a lot of moving parts and things you have to take into account. Some tough scenarios can come into play, like your kids not vibing with the person you’re seeing. Over half (55%) of single parents say it’s a deal-breaker if their kids don’t like someone they’re dating. If you’re on the receiving end of this situation, understand it’s probably not personal. Kids usually come first.

The last thing to keep in mind is that someone who’s a single parent might prefer to date other single parents! 76% of women and 65% of men are in this boat because other single parents just get it. You can be an objectively good match, but it just might not stick if you can’t fully understand the limitations and time demands of solo parenting. Again, it’s not personal – it just isn’t meant for you. That doesn’t mean giving up on dating someone with kids though. Just like any relationship, all the pieces won’t always fit into place. Keep putting yourself out there! While you’re at it, wish all the single parents in your life a Happy National Single Parents Day! 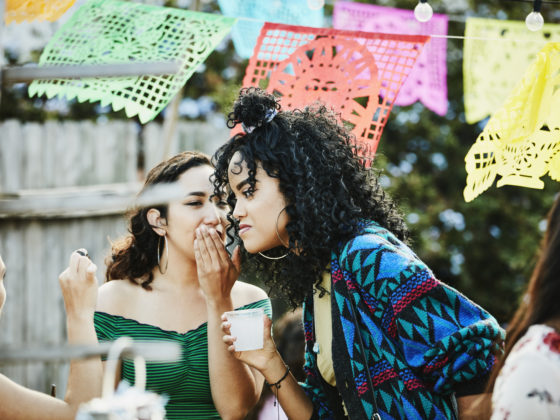