And just like that, the Sex and the City story continues. While some fans may be celebrating the upcoming HBO reboot by kicking back Carrie-style with a Cosmopolitan, we couldn’t help but wonder… how do today’s singles feel about the series? We surveyed nearly 1,000 of our U.S. and U.K. members and fans of the show to explore the series’ impact on dating and relationships and how a global pandemic could affect our favorite gals about town.

No surprise here – a whopping 79% are excited for the revival and eager to see characters over 50 exploring dating, love and relationships. From confirmed departures to rumored absences, speculation that Big may not make an appearance in the new series could leave viewers heartbroken. Despite a 12-year-hiatus, he remains the firm fan favorite with the majority agreeing he was the best fit for Carrie (55%) – compared to just one in three who still root for Aidan (31%). Unsurprisingly, Big’s romantic gesture of following Carrie to Paris also remains the most iconic moment from all six seasons (50%).

Need more deets? Here’s what else we found:

Sex and the City is relatable in more ways than one, from the rollercoaster relationships to the different characters’ approaches to dating.

My name is Samantha and I’m a loveaholic
Self-proclaimed “trisexual” (she’ll try anything once) Samantha’s dating life was arguably one of the most iconic of the series – and millennials agree – more than 1/3 believe that Samantha’s progressive approach to dating and relationships has inspired their own love lives.

Love is all you need! (oh, and phones!)
Technology has advanced tremendously since the show’s late 90s airdate. 83% of singles would like to see the reboot explore the world of dating apps since it’s such a big part of modern dating, and 40% think the modern version of breaking up via post-it note (thanks Berger!) is a break-up text.

#relationshipgoals
As secret romantic Big once said, “Ever thine, ever mine, ever ours.” 24% of singles are swooning over Carrie and Big with singles saying that his relationship with Carrie was totally #relationshipgoals, followed by Harry and Charlotte at 21% (we love them!).

A new era of SATC?
In the years since Sex and the City graced our scenes, it’s not only the dating scene that’s transformed – but societal values have also shifted and evolved considerably, something which many believe will be vital the new series’ success; including a focus on greater diversity (45%), less materialism (28%) and greater focus on feminism (24%).

Sex and the Pandemic – A Closet Full of clothes, With Nowhere to Go

The COVID-19 pandemic has altered the lives of social butterflies everywhere, including our favorite city girls. How would they fare in the quarantine era?

A Tik Tok Star is Born
Outspoken, charming and witty, Samantha would shine on social media during quarantine, with 58% of singles saying she would be most likely to go viral on TikTok. Don’t forget, she’s not a public relations superstar for nothing.

Homeschooling Hero
No surprise here – 49% of singles think Charlotte would crush it as a homeschool teacher during quarantine. In addition to creating color-coded lesson plans, 43% agree that Charlotte would thrive the most in quarantine – between baking, knitting, jumping on the home organizing trend – Charlotte would definitely make lemonade out of lemons (literally) as she mastered all the pandemic trends.

Though Charlotte would undoubtably thrive the most of the four women in quarantine, we asked our singles who of the Sex and the City men they’d most like to spend quarantine with. Quaran-team preferences vary by age – Gen X and millennials are into Aidan’s cottage core cabin in the woods and would choose to quarantine with him. Meanwhile, Gen Z and Boomers are more into the Very Red Wall in Big’s place and would choose Big as their quarantine companion.

Whether you are a long-time SATC devotee or just discovering the series, there is a little bit of Carrie, Miranda, Samantha and Charlotte in all of us. We’ll be anticipating the revival with Cosmos in hand. 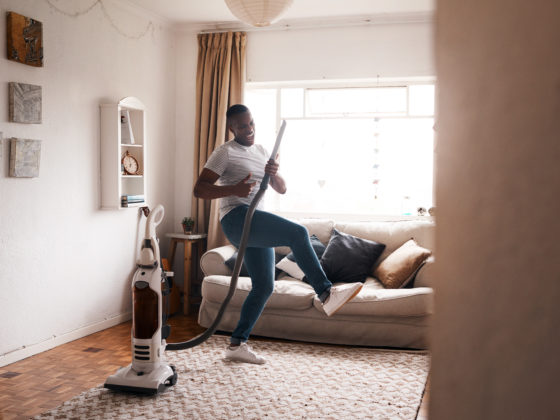